SINGAPORE / ACCESSWIRE / July 3, 2020 / Bob Aubrey is a global expert in human resources and corporate leadership, who has now pioneered in the field of Human Development in Asia. He has decades of expertise in this area and has worked across six continents and twenty-five countries. 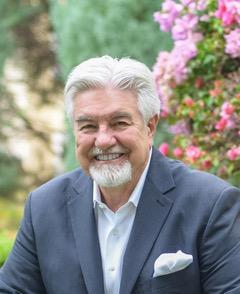 Bob Aubrey is globally known as the founder of the ASEAN Human Development Organization, founded in 2018. The purpose of this organization is to promote human development in the workplaces across the 10 ASEAN Member States.

Born in 1948 in America, Bob Aubrey graduated from Bishop Alemany High School in Los Angeles, California. He later got his Bachelor’s Degree in Philosophy and Psychology at the University of California at Santa Cruz. He then moved to France and earned his Ph.D. with Honors in philosophy from the University of Paris. He also completed an Executive MBA from Neoma Management School in Reims.

The Start of Entrepreneurial Journey

He wrote and published his first books on human development while living in France. His success as a consultant led him to create a company, Metizo, that would promote personal development tools and programs, which he founded in 2002, the year he also moved to China.

The company eventually grew to five offices in China, France, and Singapore before merging in 2011 with Mazars Consulting, where Aubrey became global head of its people development practice.

In the year 2014, he left Mazars and formed Bob Aubrey Associates in Singapore and defined his expertise as human development at work. The organization designs learning programs and management consultancy services. In 2015, he became the chairman of the Human Resource (HR) committee at the European Chamber of Commerce, Singapore. In 2016, Aubrey was named a chartered fellow at the Chartered Institute of Personnel and Development (FCIPD).

In 2018, Aubrey founded The Association of Southeast Asian Nations (ASEAN) Human Development Organization (AHDO) and served as its strategic advisor. In his speech at the Vietnam HR Summit 2018, Aubrey stated that he had created AHDO to promote the next steps in developing the ASEAN HR community to include human development across the region.

“The 10 ASEAN countries have to create a regional model of human development, which is important if they want to move out of the middle-income trap and if they want to become leaders and develop global companies. In ASEAN, we now have to be able to define leadership and innovate in people management and not just follow and rely on Western development principles and practices.” Dr. Aubrey declared in an interview.

Bob Aubrey sees the profession of Human Resource shifting from administration of people as a means, to human development leadership as a strategic function in companies. He believes that HR jobs will shift from generalist people support to a host of new roles and skillsets. He defined AHDO’s mission to anticipate the future of work and accompany professionals in this transition in their roles and skillsets.

Bob Aubrey as an Author

The subject of human development has generally been limited to economics and international institutions such as the Human Development Reports published annually by the United Nations. Bob Aubrey has taken the philosophical concepts of development as freedom and human capability into the world of work by developing tools, programs, and measurement for human development in companies. If someone is looking to understand human development at work, an excellent place to start is to read up on some of Aubrey’s books.

He is a prolific contributor to human development in the workplace and has published eleven books to make this new field part of corporate management. In his consulting practice, he is best known as a pioneer and award-winning advisor for helping global companies design human development programs and leaders.

At present, Bob Aubrey is at the peak of his career, and from here on, he intends to be a voice in making human development more effective in public policy as well as companies.

[Note: “award-winning” consultant was added because I won the 2020 EFMD Gold Award for talent development https://blog.efmdglobal.org/2020/05/14/2020-excellence-in-practice-gold-award-winners/]